The Appeal of an Imperfect Hero

It’s hard to create the perfect romantic hero. He has to have faults and flaws, like any real person, but also have a wide appeal. Now I’ve created heroes who have been detectives, actors, journalists and even a landscape gardener once, but the character I get the most mail about is Taz, the Australian rock star from A Girl’s Best Friend. So why do rock stars make such great heroes? 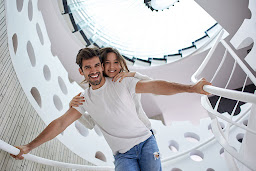 They have talent. Never underestimate the allure of having a song written about you or, better still, sung specifically to you—even if it is on the back of a tour bus somewhere on the M25.

They are hot. Yep, he’s sexy and he knows it.

They know all about having a good time. And we’ve all had that urge to trash a hotel room.

They’re unobtainable. OK, that’s a slight fib. Given the right circumstances, or even the wrong ones, rock stars are not remotely unobtainable.

Everyone else wants them. This, of course, makes us want them even more.

Heroes are supposed to be likeable, preferably lovable and definitely lust-after-able. But despite their apparent good fortune, your average rock star will have a whole host of problems magnified by fame and wealth, many of them self-inflicted, and all of them widely (and gleefully) reported in the media.

In my short story The Indecent Proposal Ryan has been caught cuddling up to a pretty singer at an award ceremony. The photos have been published all over the Internet, so how is he going to get his girlfriend back? In The Accidental Proposal Luca has abandoned his band while on tour—but he’s got a very good reason. Ryan and Luca are both suffering setbacks, not entirely of their own making, but which wouldn’t have happened if they hadn’t been famous.

Musicians work hard but if they’re successful they can have the most amazing, glamorous existence. The Indecent Proposal is set in Sorrento, while The Accidental Proposal takes place in New Orleans. We first meet Ryan at a party, whereas in one of Luca’s early scenes he’s scrabbling about in the gutter. It’s certainly a life of extremes!

Sometimes it’s all too easy to see rock stars exist purely for our entertainment and forget they have their hopes and fears just like the rest of us—albeit on a much larger-than-life scale. They might not be perfect, and I wouldn’t want to date one in real life, but they certainly make fascinating romantic heroes.