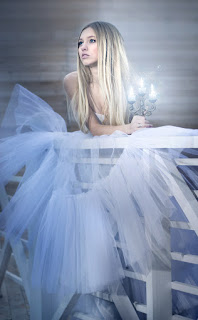 I've always liked the idea of New Year's Resolutions. That chance to reinvent yourself every year, like the kind of books I read as a teenager: neglected female completely transforms into the belle of the ball with the help of a few mice, a pumpkin and - oh yes, a fairy godmother. Funny how these kind of stories always involve someone else coming to the rescue. I'm a proactive kind of person myself. If I'd been Cinderella, it would have been more a case of "B***** the Fairy Godmother, get me a pumpkin and I'll do it myself."
You see, as much as I love watching TV shows like The X Factor, there's always one thing guaranteed to infuriate me: whenever a contestant says something like, "I really want this, I've wanted it my whole life." OK, so they've really 'wanted' a singing career but they've never done anything about it? Never had singing lessons, or written a song, or formed a band, or tried to set up a few gigs? Basically, they've been sitting around waiting for a fairy godmother (Simon Cowell?) to come to the rescue.
Can you see where I'm going with this? 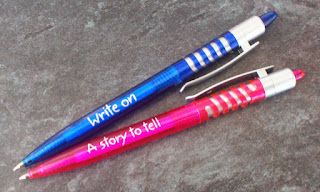 If your New Year's Resolution was to write a book, or maybe you've already written a book and you want to get it published, what have you done about it? Anything? Anything at all? Scribbled a few notes? Fantasised about the hot actor you'd like to play your hero in the movie adaptation? Stuck a pin in the Writers' and Artists' Yearbook and queried a few random agents? Enjoyed a few daydreams about the glamorous life you're going to lead as a full-time author? (And that's a whole other blog post, trust me.) If you want to be a writer badly enough, I'm afraid you're going to have to get serious about it.

Understand that you'll to have to make sacrifices. Not the dancing-naked-in-the-moonlight-and-endangering-defenceless-chickens sacrifice, but the kind that involves the most precious thing of all: your time. For example, if you know you only have an hour a day to write, then write - don't waste that time faffing about on social media. 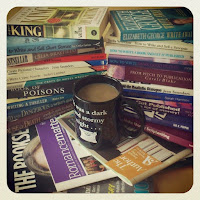 Perfect your craft. There are hundreds of books about writing (my favourite is Stephen King's On Writing). Or take a creative writing course and, once you've written your novel, pay to have it professionally critiqued before sending it out to an agent/publisher. Although I still feel the best, easiest and most fun way to learn how to write fiction is to read lots of it. It's not expensive. You can borrow books for free from your local library and there are always deals to be had on ebooks. If you feel you don't have the time to read, think about how you spend the time you do have. Sacrifices, remember? No one lies on their death bed wishing they'd spent more time on social media.

Having said that, social media is an effective tool for writers, but only when used in the right way. Unless you are already published, forget about all the things you've heard about creating a 'brand' and setting up a 'platform'. The most important thing is to be social; you'll get far more out of it. Make friends with fellow writers, new and established. Follow people in the industry, such as agents and publishers - but don't expect them to follow you back, and definitely don't pitch your novel unless invited to do so. Most publishers are great at posting about deals on books and will have competitions to win signed copies from your favourite authors. Some publishers have blogs where they post writing tips from their editors, tell you when they are open for submissions and what they are looking for, as well as running writing competitions to win a book contract. 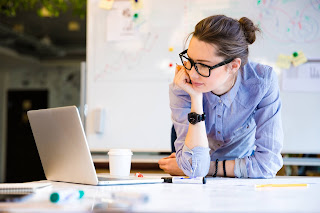 Talking of which, don't overlook those writing competitions - that's how I got my first book deal - and I didn't even win. And, if you can afford it, attend writers' conferences and literary festivals. Editors and agents are less likely to ignore a submission if it's come from someone they remember (in a good way!) from a workshop or a one-to-one meeting at a writers' conference. But if you're not lucky enough to bag a one-to-one, don't despair. Sometimes you can learn more from attending an industry panel event, and listening to writers and editors talking about the current market - what's popular and what's out of fashion. You'll have the opportunity to ask relevant questions and learn more than if you had pinned all your hopes on a one-to-one where you might have either targeted the wrong agent/editor, belatedly realised your submission is not polished enough, or had plain nerves just get the better of you. Early on in my career I found myself sitting on a sunny bench at a writers' conference, drinking coffee and chatting about trends in fiction with a commissioning editor. I got far more out of that than if I'd tried to pitch her my book.
No one understands a writer like another writer. Try joining a writers' group, club or society. The Romantic Novelists' Association accepts unpublished authors under its New Writers' Scheme. Alternatively, find out if there are any writers' groups meeting in your area and, if not, why not start one? The Novelistas came about because Trisha Ashley moved to North Wales and put out a request asking if other local writers would like to meet up. Our group has now been going for almost fifteen years.

Compared to when I first started out, there are now so many great opportunities for writers. Don't waste time waiting for that fairy godmother or daydreaming about success. If you want to be taken seriously as a writer, you have to start taking your writing seriously.

And no one can do that but you.
This post was previously published on Novelistas Ink
Photo Copyright: All pictures my own except Cinderella (Fotolia) and girl with laptop (Shutterstock).
Posted by Louise Marley at 2:21 pm No comments: