In which I talk about how I create my heroines ...

In one of those weird coincidences, I'd planned a blog post about heroes - only to see three other posts pop up on exactly the same subject, including this one written by my friend, Valerie-Anne Baglietto. So I had to shelve it! But it got me thinking. A great hero is important to any story, but what about my heroine? Isn't she pretty essential too?!! 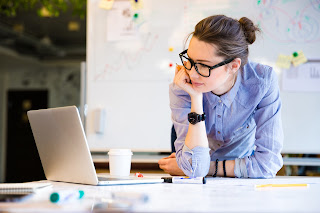 My novels are not usually written from a single point of view; I like to know what is going on inside my hero's head; it's even more fun when the heroine doesn't have a clue! But the main part of my story always belongs to my heroine. For me, her most important characteristic is that she's interesting. I don't care if she's not particularly lovable, or even likeable in the beginning, but I have to ensure my reader will understand her motivation. While a reader might be thinking, 'I can't believe she just did that', at least they should understand why she did it - and be rooting for her to succeed.

This might have something to do with the kind of heroines I like reading about. I love tricky, difficult, awkward heroines, such as Katniss from The Hunger Games (Suzanne Collins), who has no desire to be the heroine everyone wants her to be. Or Scarlett O'Hara, from Gone With the Wind (Margaret Mitchell), who is horribly selfish, always wanting what she can't have and completely unable to appreciate what she does have until she loses it. Or Perdita in Polo (Jilly Cooper), a spoilt brat who has to grow up fast. These heroines are far more interesting than the ones I used to read about in fairy tales - who slaved away for wicked stepmothers, waited for someone else to solve their problems (fairy godmother and/or handsome prince), and who couldn't even leave the house without losing a slipper!

This brings me to one of my favourite quotes, which is often attributed to Eleanor Roosevelt:*

Women are like tea bags.
You never know how strong they are
until you put them in hot water.

And that's how I think of my heroines! They might start off being a bit 'Someday my prince will come', (Caitlin, Smoke Gets in Your Eyes) but by the end of my story they should be quite capable of saving themselves - and anyone else who needs it. This doesn't necessarily mean they're warrior princesses! Kat, in Something Wicked, runs a coffee shop and bakes cupcakes - but it's amazing how motivated she can be when she learns someone wants her dead!

I suppose my heroines are also the kind of woman I'd like to be. Strong, resourceful, brave - definitely not the type to refuse to leave the house at the first sign of snow (um, like me). Career-wise, I usually give them a job I have some knowledge of - but please don't ask me to bake you a cupcake or dive on a centuries-old wreck! Although my novels have a large chunk of romance in them, my heroines don't go looking for love; they usually find it by accident - right about the same time they trip over a dead body. And they are far too busy staying alive to worry about whether their bum looks big while they're doing it.

When I begin work on a novel, I always start with a subject that interests me and then create my heroine as someone who is either inside or outside that world. For example, Breathless was about marine archaeology. I could have written about someone who worked inside that world but instead chose to have a heroine on the periphery, meaning the reader learns about archaeology at the same time she does. Lainey takes visiting divers out to visit the famous shipwrecks in the bay but she is obsessed with trying to find one particular wreck, the one her father lost his life searching for. That's her dream. That's also her flaw. How far will she go to find that wreck? Her redeeming feature is her love for her adopted family, the rather eccentric Halfpennys, who took her in when her father died. So over the course of the story I ensure Lainey is forced to choose between them and chasing her dream, at the risk of her own life.

Do I put myself into any of my heroines? Very sparingly! As much as  I love fashion, I prefer to love it from a distance, so my heroines tend to be tomboys like me. Danielle, from A Girl's Best Friend, is very task-orientated, also like me. And I can be a teeny, tiny bit manipulative, like Kat from Something Wicked, or Marina from Smoke Gets in Your Eyes - who believes in giving fate a helping hand, if not a downright shove.

But all writers need to be  manipulative! We know our story is going well when our characters take on their own lives and have their own opinions about how they want their story to play out, and it's up to the writer to ensure they do exactly what we want.

Most of the time!

How I Create Characters
I Need a Hero

*Although this saying dates right back to the mid-nineteenth century, and isn't always about tea bags - or women!


Top photo credit: Shutterstock
Posted by Louise Marley at 7:28 am No comments: