One of the things I enjoy about my daily walk around my village, is watching the subtle changes in the seasons. Winter wasn't much fun. There were no flowers or wildlife to look at, and there was more than one occasion where we were caught in a snow flurry! When the weather is like that, it's tempting to stay home with a good book! 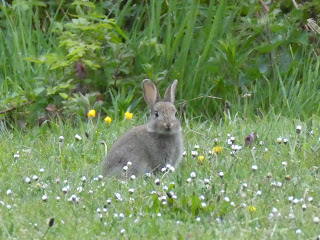 By the middle of January we could catch the occasional glimpse of snowdrops in the woods and buds forming on trees, and the blur of a rabbit shooting back into its burrow. (Not the one above, he seems to like posing for photos!)

As we moved into February, those solitary snowdrops multiplied into carpets of pretty white flowers and soon blossom was appearing everywhere, even in my garden! 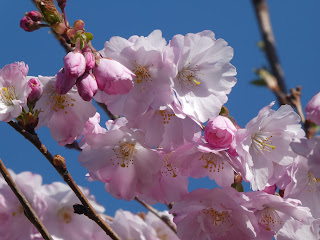 We originally began our daily walks during the first Lockdown, a year ago, and have managed to keep it up. My Instagram feels like a diary, where I can look back and see what I've been doing, and it has proved a useful tool to work out when the first goslings will appear and when the local churchyard will be full of bluebells. Spring occurs a little later here in the frozen North, so we have a few more days to wait!
Sometimes it felt as though the local geese spent most of April nesting, but right on cue the goslings have now begun to appear. 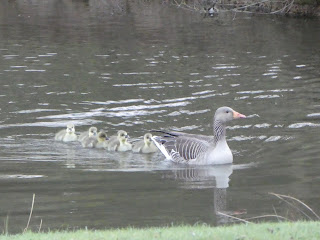 They are so sweet, like little balls of yellow fluff, but it won't take long before they grow and will soon be indistinguishable from their parents. 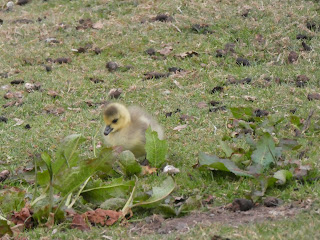 My Instagram has also proved very useful for working out which plants are out at what time of the year, because the book I am working on at the moment is set during late spring/early summer and the characters are spending a lot of time outdoors to escape from their feuding families! 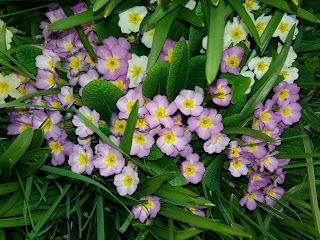 As the weather grows warmer, I've been working in my garden. When I moved into this house three years ago, it was a new build with a square of lawn. Now we have a 'proper' garden. As well as flowers, I'm trying to grow fruit and vegetables. My gooseberry and blackcurrant bushes already have tiny berries and my pear tree is now in blossom. 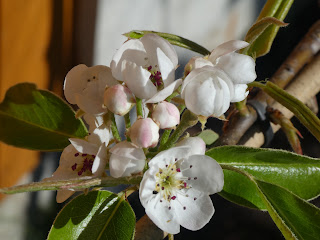 I'm also trying to grow strawberries! As both my Dad and my great-grandfather were strawberry growers in Hampshire, it seems strange to be carrying on with the tradition all these years later. Although if my Dad could see my 'suitable for beginners' plants in my hanging baskets, he would think it was a very strange way to grow strawberries! 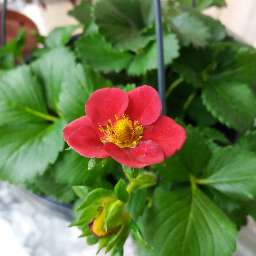 Related Posts:
What I Did During Lockdown
Five Things I Learned While Writing Through Lockdown (Guest post for Juliet Greenwood)
Posted by Louise Marley at 3:35 pm 2 comments: