The idea is that I'm supposed to answer some questions about my writing process, and then nominate three other writers to continue this on their own blogs.

What am I working on?

This question always makes me twitchy. I hate talking about what I'm working on. Am I worried someone will steal my plot? No. Writers have similar ideas but we all have our own style, so the results would be very different. Am I worried that if I talk about it, my story will turn into pixie dust and vanish? Heh heh. No. I have a memory like a sieve so I write everything down, one notebook per book. I write down my initial idea, expand it, do character sketches, invent backstories, write snatches of dialogue, strands of plot, all as they occur to me. Look, here's one of my actual notebooks. Are you impressed? 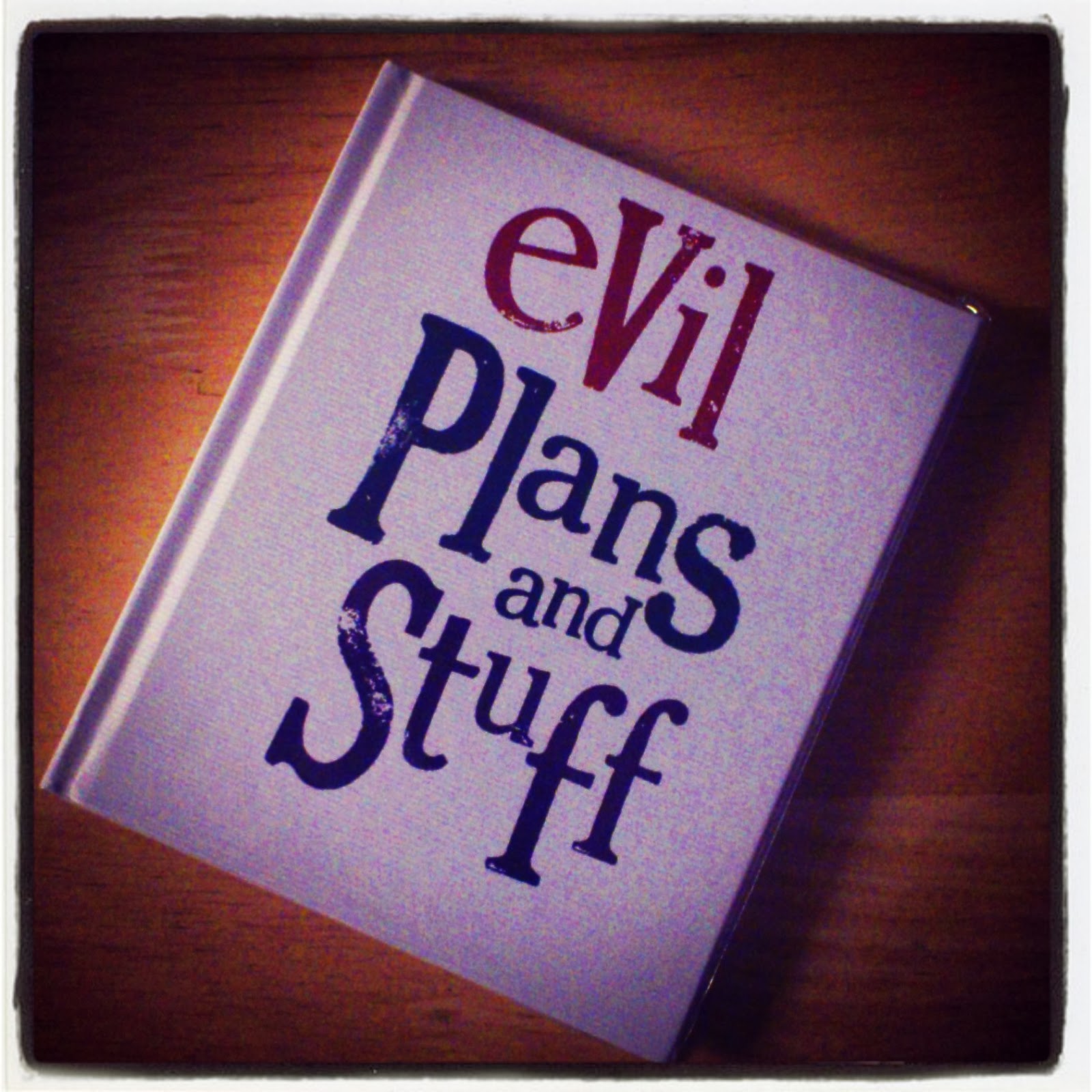 And are you impressed that I've written a whole paragraph without actually answering the question?

OK, if you really want to know what I'm working on right now, it's a novel similar in style to Nemesis, called Trust Me, I Lie. Detective Inspector Ben Taylor is the perfect police officer. Reliable, dependable - the poor man has no life outside his work. He thinks he likes it that way but unfortunately he's about to meet the heroine, who will turn his nice, comfortable life upside down. And I can't tell you any more than that, because it might vanish into ... er, pixie dust.

How do my stories differ from others in their genre?

I (whisper it) mix my genres. I like to write romance and suspense with a dollop of humour. My heroines are not looking for love, they tend to fall over it - right about the same time they fall over a dead body. I have a short attention span so my stories are fast-paced and I don't like too much description because (like Stephen King) I believe the reader should do some of the work. I have a 'thing' for big old houses (I blame my parents), so my books usually have one of those, along with a character who isn't quite who they seem to be. There will also be an old mystery and lots and lots of twists - because there's nothing worse than working out the end of a story, two chapters in from the beginning.

Why do I write?

It keeps me sane.  Well, saner.

How does my writing process work?

If I knew that, I'd be able to write a whole lot faster.

I'll start with something I'm interested in: movies, archaeology, fairy stories (yes, that last one is a clue as to what I'm working on). Maybe I've read an article on an old wreck or watched a documentary about long-lost treasure. Or listened to some song lyrics (Prince's Raspberry Beret, if you want another clue). Yes, I know, this writing process is all very random. I start scribbling in my notebook and then I write an outline. The outline will be the plot in three paragraphs, a list of the main characters and what they want - and what's stopping them from getting it (usually each other). Then I write a long synopsis of about 30 pages, with a page for each chapter. The synopsis gradually gets longer and longer and, before long, it's the first draft of the book. Simple, eh?


Now, here's the part where I tag another author to tell you about their writing process. I'm tagging one of my favourite authors, Lesley Cookman, who writes the brilliant Libby Serjeant crime series. You can read all about how she writes and what inspires her here.

A Room of One's Own
Where I Write (for Novelistas Ink)
Music: Wings to the Mind
Writers Write (Or, What I Really Do All Day)
Seeking Inspiration

Posted by Louise Marley at 1:15 am No comments:


On Friday I met up with my fellow Novelistas in a little pub in North Wales. If you follow our blog, you may think the Novelistas do nothing but party, but usually it is for good reason - to celebrate the success of a book or novella being published. A writer's life can be full of rejections and setbacks so we believe it is important to celebrate success, no matter how small, or we'd go crazier than many people think we are already!
﻿﻿
﻿﻿So how did I become a Novelista? Are you ready for a long story? My husband's work meant we often had to move. The first move was to a tiny village just outside Bath. I had a small baby, didn't know a soul and felt incredibly isolated. This was the end of the 1990s, before Twitter and Facebook, so I think if I hadn't decided I was going to write a book I would have gone mad. I did love living near Bath though, and it was the inspiration for my second novel Why Do Fools Fall in Love.


So when I moved to Wales ten years ago, the first thing I did was find out where my local group of writers met. As luck would have it, there was one just a five-minute drive down the road!
﻿﻿
In the past ten years our group has gone through many changes and there are now ten of us. We write in all genres but mainly romance. Originally we were 'Dragons', in honour of the symbol on the Welsh flag. Worried that this might give people the wrong impression - that we were large, scaly and ate small children for breakfast - we changed it and became the Novelistas.

We now have a blog, Novelistas' Ink, and we're also on Facebook and Twitter, so there is no escaping us at all.

We're not a traditional writers' group. We don't critique each other's work. We are a group of friends who happen to write.

Between us we know what it is like to be rejected, traditionally published, dropped, self-published and hit the bestseller lists. We give each other advice, commiserate with bad news and celebrate our successes.

Because that is what friends are for.

In which I blog about not blogging ...

Forgive me reader, for I have sinned. It has been at least eight weeks (oh heck, has it really?) since my last blog post. So, what have I been doing?

Writing, mainly! Trust Me I Lie is coming along and I'm also working on Something Wicked, for which I have commissioned a cover.

My website has been revamped with new content, including the story behind the inspiration for my most recent novel, Nemesis, and there are now longer extracts from all my books.

Last month I attended Juliet Greenwood's launch for her latest novel, We That Are Left and I wrote a blog post for Novelistas Ink on the joys of Pinterest. Next I shall be attending Trisha Ashley's launch of her new eBook, Finding Mr Rochester.

So as you can see, I've been working really hard - it's not all social networking and coffee and cake with the Novelistas you know!


Posted by Louise Marley at 6:27 pm No comments: