OK, first let me apologise for the blog posts slipping back to once a fortnight but I am in the middle of moving house (being me, I've blogged about that here!). Something had to give and I'm afraid it was the blog - I'm assuming you'd all rather read new books than blog posts?!! Normal service will be resumed in November.

So today's post is going to be a little bit different - a cover reveal for my next book, Something Wicked. Isn't it great? It was designed for me by the brilliantly talented Ravven. 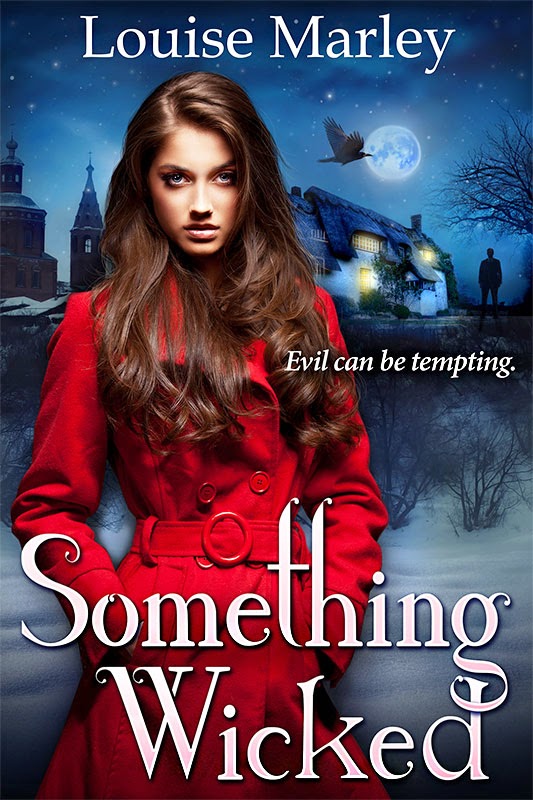 Evil can be tempting …

Ten years ago Katrina Davenport washed up on a beach, with no memory of how she got there. Now she’s returned to find out the truth.

She’s taken over her aunt’s coffee shop at the notorious Raven’s Cottage – once the home of a 17th century witch. Some locals believe the cottage is haunted by Magik Meg and her demon lover, but Kat doesn’t believe in witches, or ghosts, or anything that goes bump in the dead of night. Every strange occurrence must have a perfectly logical explanation.

Unfortunately it doesn’t matter what Kat believes, because something wicked has returned to Raven’s Cottage.

I've been working on the novel after this one (Trust Me, I Lie) which is set in a new village called Buckley. Those of you who've read Breathless, will know about the legend of the smuggler Black Jack. So I thought Buckley should have its own legend too - a witch known as Magik Meg. There wasn't room in Trust Me, I Lie to tell her tale, and if I tell you any more I'll be giving away spoilers - but one of the characters from Breathless does make an appearance.

Something Wicked is romantic suspense, with a bit of humour and a hint of the paranormal. It is set in the middle of winter, although it's not a Christmas book - I just wanted to write about snow! But if you're the kind of person who likes to peek at your Christmas presents early, head over to my website where you can read the first chapter.

Posted by Louise Marley at 7:36 am