I've written stories for as long as I can remember. The earliest were children's stories, as I was heavily influenced by what I had read - Enid Blyton and CS Lewis. As I moved into my teens I began reading fantasy, particularly Terry Pratchett, and I wrote my first - and last! - fantasy. It was called The Dreamscape and I still have a soft spot for it.

By now I was becoming more serious about my writing, reading lots of 'how to' books and attending writers' conferences, and it was then I had that lightbulb moment, realising I should really be writing what I was reading. I was in my early twenties and, while I still loved reading Terry Pratchett, I was increasingly reading big glitzy novels with glamorous characters and locations. So I thought, 'OK, what can I write about that's glitzy?' And the answer was diamonds.


I failed to take into consideration what writers call their 'voice'. I might have loved reading glitzy books and I certainly enjoyed writing what I thought was a glitzy book, but by the time I'd finished it was something else entirely. In other words, the story grew into a typical Louise Marley mix of romantic suspense with a dash of humour.

I think if I were writing the story now, I wouldn’t have characters who are identical twins, because that has become such a cliché. At the time I wanted to write about two sisters and their love/hate relationship. Danielle and Isabel are two of my favourite heroines and I love the contrast in their personalities. Danielle is so obsessed by her work that she’s forgotten how to have fun. Isabel, who does nothing but have fun, needs to become more responsible.

The mysterious Nico is one of my favourite heroes. In the original paperback version he was a lot meaner, but while I was revising the story for the ebook version I had a change of heart and made him kinder. This was the first and last time I ever based the appearance of a character on a real person. Who? I'm not telling, but if you read the book you'll spot the clues!

I used Bishop's Palace in Wells as Nico's family home and St Batholomew's Church in Botley for St Mary's Church (even though there's no crypt or cliff!). The exterior of Stortford House, where the twins live, is based on Highgrove in Gloucestershire, although the garden, with its topiary, is Levens Hall in Cumbria. I did so much research about diamonds that I swore I'd never write anything requiring that amount ever again! Something I also swore after writing Why Do Fools Fall in Love (film industry) and Breathless (marine archaeology) and - well, you get the idea!

I nearly gave the story the title of Diamonds Are a Girl's Best Friend, but decided it was just too long. This is the title of a famous song, sung by Marilyn Monroe in the movie Gentlemen Prefer Blondes - a movie based on a book by the famous author Anita Loos. I've referenced one of her quotes within my story. I wonder if you can spot it?

I had great fun writing A Girl's Best Friend - I hope you enjoy reading it! 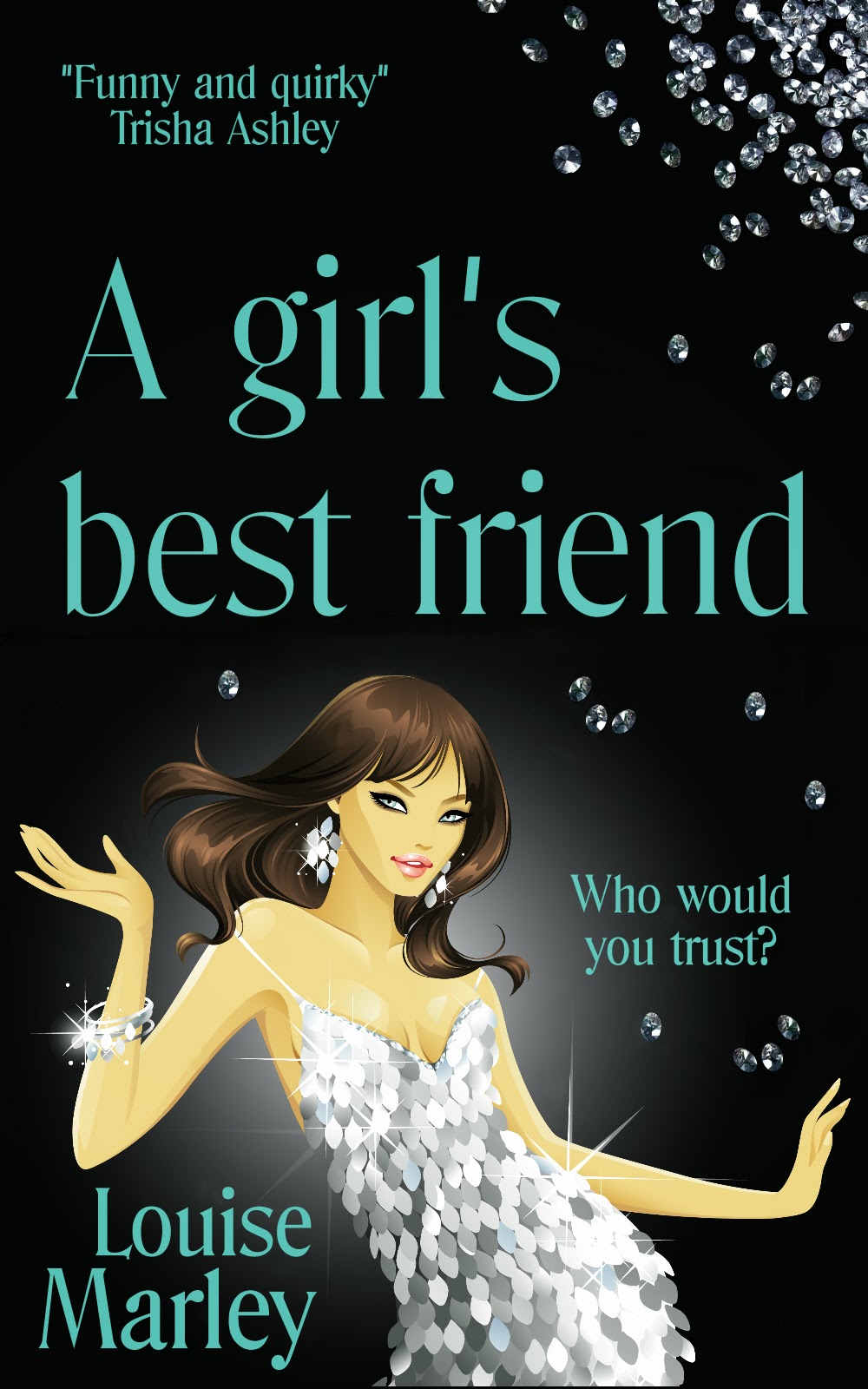 Are diamonds really a girl’s best friend? Danielle van der Straaten thinks so. Her boyfriends cheat on her, her sister drives her mad and her father only wants to see her married with children - despite all the work she’s put into the family jewellery business. Diamonds are the only thing she can rely on.

Her sister, Isabel, doesn’t care about diamonds, provided she has something sparkly to wear to a party and a gorgeous man to dance with. Life is for living and having fun. And if their money disappeared tomorrow? She’d be in serious trouble.

Jemma Stortford finds it hard seeing Danielle and Isabel living the life that should have been hers. But when she wakes up one morning to find the handsome Nico Morales in her bed, it appears her luck has finally changed. But is Nico who he claims to be? And why is he so interested in the van der Straatens?

As the three women are about to find out, sometimes diamonds aren’t a girl’s best friend at all!

A Girl's Best Friend: Behind the Scenes

Posted by Louise Marley at 9:11 am