In the tradition of All Hallows' Eve, let me tell you a spooky story - or two. And yes, everything I tell you is completely true. 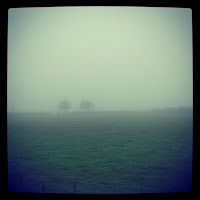 Part 1
I grew up in a house which, although supposedly Victorian, had parts that seemed much older. It was a wreck when my parents bought it and, because our family never do anything by halves, we had great fun buying up fixtures and fittings from other old houses in the area which were being demolished. There were the 300-year-old oak beams from the retired Admiral’s house, as well as a Tudor fireplace and an iron-studded door, which looked as though it had already withstood several sieges.
It was during these renovations that strange things began to happen. The house would creak and groan in the middle of the night, almost as though it were alive. We’d hear footsteps upstairs, when no one was there, doors would open by themselves and light bulbs would pop out of their sockets. Strangest of all, was hearing the piano playing when no one was in the room - although it would stop as soon as anyone approached the door.
Of course, all these things can be easily explained. The light bulbs were the ‘bayonet’ type, which could easily spring out if not pushed in correctly. All old houses make strange noises at night. Floorboards slope, walls and doorways are not always straight - meaning a door can quite easily swing open by itself. Curiously it was always the same door that opened - a door that did have a latch - the same door which led to the room with the piano.
Whatever the cause, as soon as the builders finished, the strange occurrences stopped too.
Part 2
Several years later, when my husband and I moved into our first home, I woke in the night to see a fairly solid-looking figure in a hooded robe materialise through one wall, walk right across the bedroom and disappear through another wall. My husband was not at all pleased when I woke him up to tell him this. He pointed out that it was extremely unlikely the ghost of a monk would choose to haunt a 1960s bungalow.
It was only later we discovered the ruined castle down the road was actually an abbey, and that the estate we now lived on had been built in what had once been the grounds.
But I still don’t believe in ghosts!
Happy Halloween! 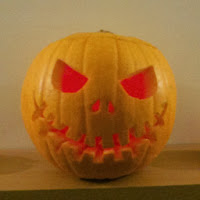 Five Books Which Chilled Me - My recommended reads for Halloween

Posted by Louise Marley at 8:19 pm